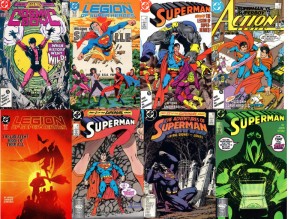 The stories involving Superman in the Pocket Universe are a sort of prequel to the SUPERMAN IN EXILE storyline from the early 1990’s, now collected in one edition by DC Comics. The events in the pocket universe lead up to Superman exiling himself from Earth.

MY PULL LIST is my spoiler free comic book review blog of the titles I read every week. It can be found at http://mypulllist.blogspot.com . Send your e-mail about this blog to mypulllist@gmail.com .